WE PARTICIPATE IN THE FORUM VLC TECH 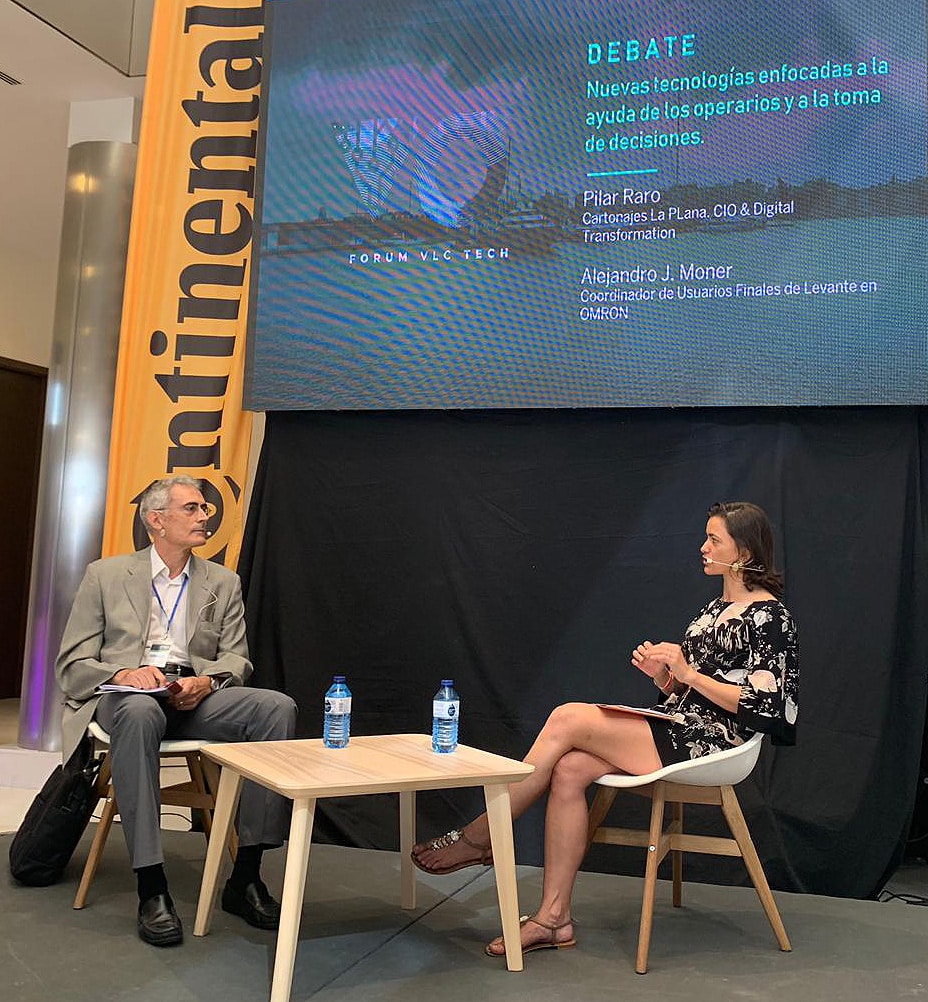 Grupo La Plana has participated in the #ForumVLCTech, on industry 4.0 and digital transformation. Our Director of Information Systems, Pilar Raro, has debated with Alejando Moner of OMROM contributing our vision of end customer for new technologies focused on the help of operators and decision making; as well as change management and technological strategy for the coming years.

Commitment to food security and sustainability 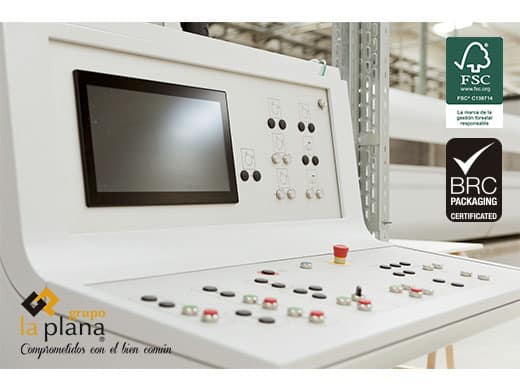 Grupo la Plana expands its commitment to food safety and sustainability with the BRC Packaging and FSC certifications respectively, at its Unigraf production center in Igualada.
BRC is considered today as an international reference for the qualification of suppliers of products and brands in large stores. The objective is the safeguarding of the food safety of the products that we find in the market through the establishment of requirements that guarantee the healthiness of the food.
FSC. Chain of custody, sustainable forest management. http://www.fsc.org 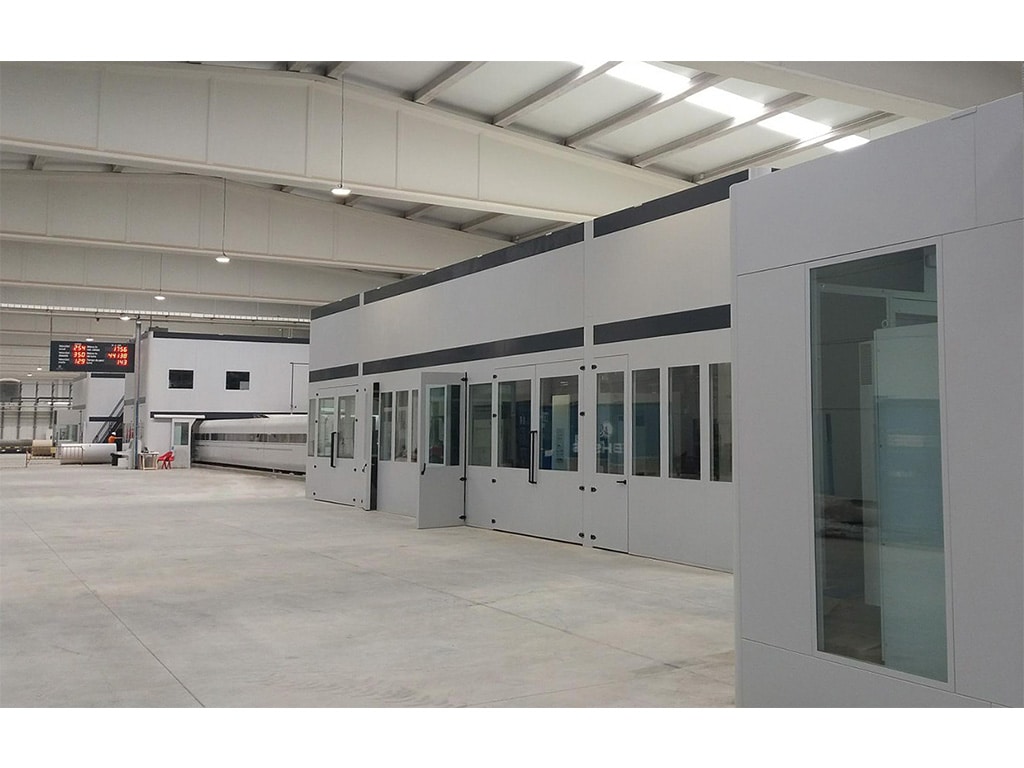 We started a new production center in Onda (Castellón) fulfilling satisfactorily the deadlines.
https://www.alimarket.es/envase/noticia/271693/grupo-la-plana-invierte-25-m-en-la-amplliacion-de-su-planta-de-onda
The new facilities allow us to position ourselves as the most prepared business group in the market, thanks to our commitment to innovation, sustainability, the latest technological advances and digital printing. We offer the maximum customization to achieve experiential packaging that adds value to the product.

Evolution of the cardboard industry in 2018

In 2018 the carton industry in Spain consolidated its growth, achieving a total turnover (direct + indirect) of 5,167 million euros and employing more than 23,600 workers to produce a total of 5,286 million m2. Thus, Spain is the fourth European country with the highest manufacturing volume, behind Germany, Italy and France. Data published by the Association of Manufacturers of Corrugated Cardboard (AFCO) in its annual report of 2018.

We renew the transportation fleet 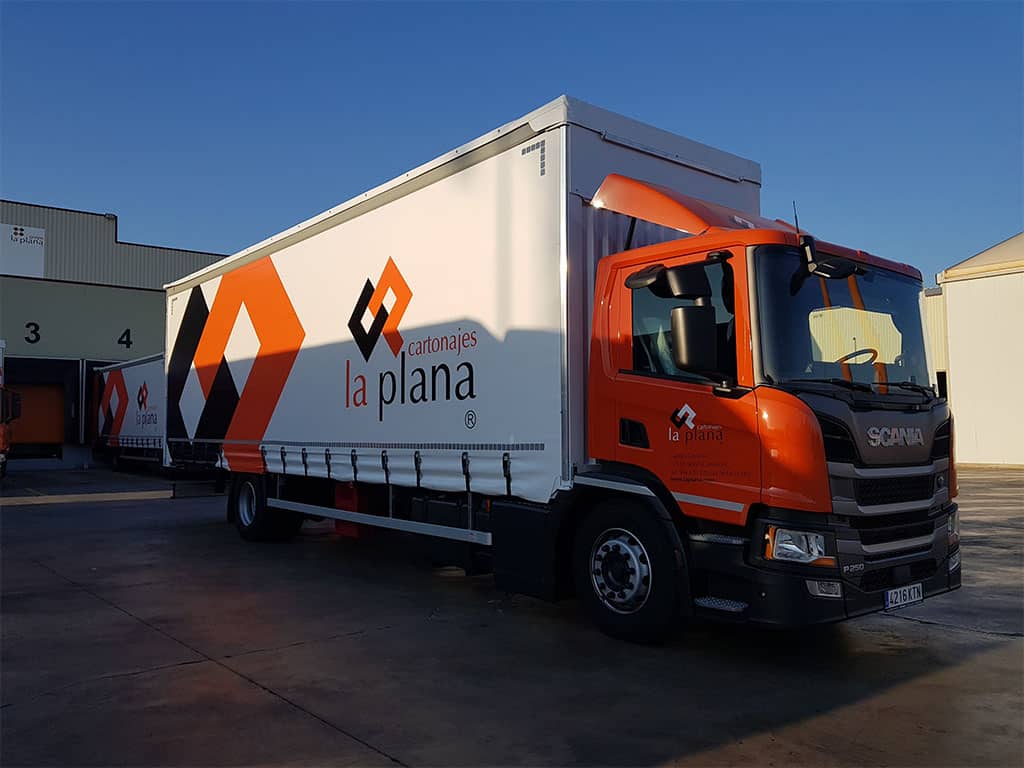 We have acquired eight rigid trucks to renew the transport fleet with the aim of improving and enhancing our brand image. Our new trucks are more respectful with the environment, since they comply with the Euro 6 regulation, which entails a significant reduction of polluting emissions compared to the previous Euro 5 norm. 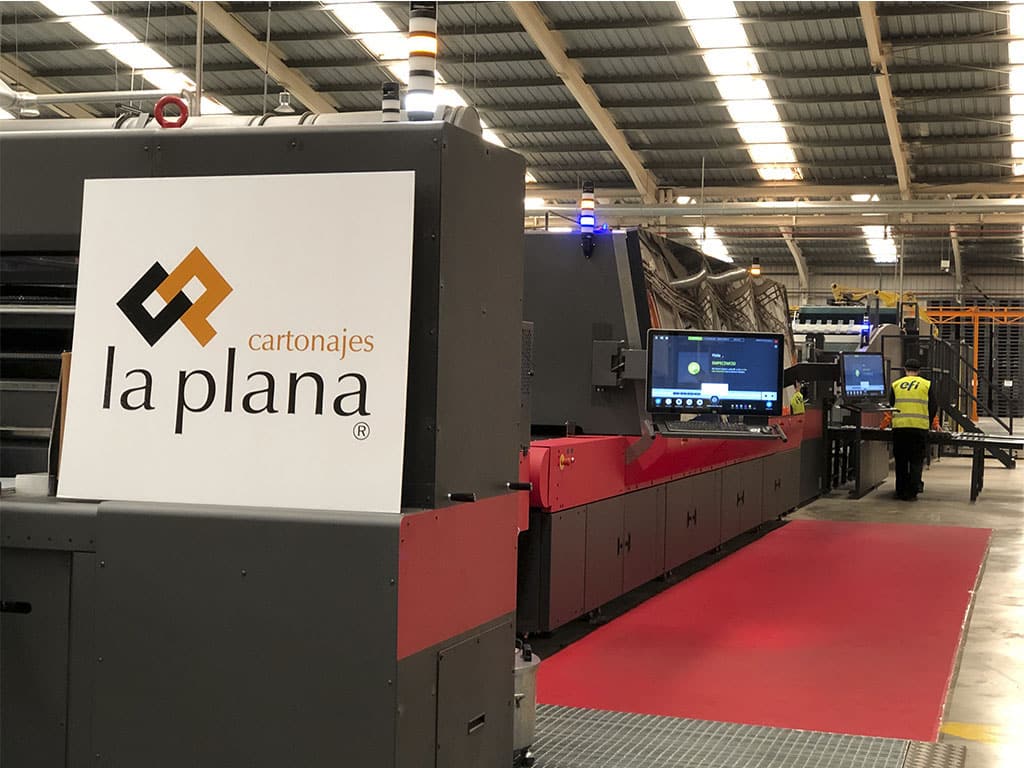 With the introduction of the Nozomi C18000, the company reinforces its commitment to the development of on-demand orders and just-in-time services
GRUPO LA PLANA BETS TO INNOVATE IN PERSONALIZED DIGITAL PRINTING AND SERVICES UNDER DEMAND TO REDUCE THE STOCK OF PACKAGING IN THE INDUSTRY
The company has invested more than 25 million euros in its plants, with a current production of 2 million boxes per day
Castellón, March 6, 2019.-Delivering any type of corrugated cardboard packaging “wherever the customer needs it and when they need it” is Grupo La Plana’s commitment to consolidate its leading position in the corrugated cardboard market, which has resulted in the installation of the new digital printing technology Nozomi C18000 at its plant in Onda (Castellón), as it has advanced today the CEO of the Group, Juan Ignacio Piquer.
The CEO of the Group explained that the natural evolution of the company is aimed at offering its customers “greater personalization of their products and flexibility to respond to consumer trends”. Therefore, we not only manufacture our own cardboard according to the needs of the customer, but we can design, manufacture and deliver any type of cardboard packaging just-in-time, reducing the production costs and packaging stock of any industry .Juan Ignacio Piquer explained that Grupo La Plana has opted for the new printing technology of EFI, Californian Silicon Valley company that leads the transformation of the generation of images from analog to digital systems, which allows testing and prototypes fast, as well as personalized campaigns with a digital technology of direct industrial printing on cardboard, simplifying the production process and reducing time and costs.
In fact, the new printing center is already operating since last February and its versatility has been contrasted to provide more agile and creative solutions to the packaging supply chain. The 1.8-meter-wide printer prints up to 75 linear meters per minute, or up to 10,000 890 × 890-mm plates per hour. In addition, the Nozomi C18000 works with six colors (CMYK, orange and violet) and offers sharp grayscale images that compete with high quality offset and flexo processes.
For Juan Ignacio Piquer, the implantation of this innovative process of digital printing allows to take the creativity of the designer to the packaging, thanks to the quality of the resulting images and the possibilities of photographic printing.
Permanent investment
In this aspect, the CEO of the Group has emphasized the pioneering character and its determined and firm commitment to technological innovation, which has materialized this past year in consolidating its presence in the Mediterranean Arc, as well as in central and northern Spain .
In total, the firm has invested more than 25 million euros in the expansion of its production centers, which will increase production by 50% and incorporate the latest technology from the sector in its facilities. In 2018, the company recorded a turnover of € 109 million, which resulted in the manufacture of 2 million boxes per day.
“We are aware that our product is integrated into the distribution chain of our customers”, so we can not limit ourselves to selling them as mere suppliers, but we collaborate in the solution of needs for new products and services, as explained by Piquer , who has apostilled that “we are always willing to investigate and collaborate closely with them in concrete actions”, with the presence of our technicians in the same packaging facilities to adapt the product and be more efficient.

Thus, the implantation of the Nozomi C18000 printing center represents a clear commitment to digital technology to expand the business, converting packaging into a marketing tool that provides solutions to the market with new sales arguments, such as personalization, so that the products of our clients always travel in first class, in the words of Juan Ignacio Piquer, general director of the La Plana Group.
For his part, the vice president and general manager of Industrial Printing of EFI, Jos
é
Luis Ram
ón Moreno, has been “excited to undertake this trip” with Grupo La Plana as a perfect example of the strong commitment towards quality, sustainability and social responsibility The company demonstrates its commitment to direct digital printing technology on cardboard in one step. 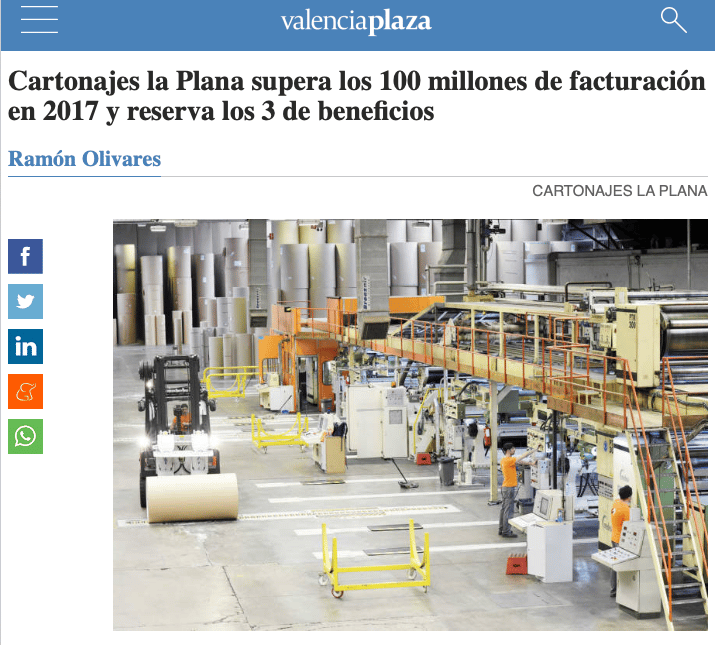 News published in ValenciaPlaza on Cartonajes La Plana. CASTELLÓN.
Cartonajes la Plana continues its growth. In the last registered accounts, those of 2017, which have just been published in the Official Gazette of the Mercantile Registry, the company based in Betxí exceeds 100 million billing, something that had not been achieved so far. And, in the absence of 2018 figures, for which the company’s forecasts were not bad, these records may have been small.
The almost 103 million turnover of the company in 2017 represents a growth for Cartonajes la Plana of 9.65% compared to 2016. This is practically identical for the group’s parent, Amisar, which also marks the turnover, according to the consolidated balance sheet of 2017. The matrix of the Castellón group also integrates 100% of the capital of the companies of Valencia Cartón and Envases Cartón, Encarsa, (based in Onda) and 75% of Unigraf Anoia.
In 2017, the company directed by Juan Ignacio Piquer obtained 3 million euros of benefits, which led directly to voluntary reserves, while the parent company achieved consolidated profits of almost 1.8 million euros. These are not bad figures for a conglomerate that employs more than 450 people in its four production plants: Betxí, Onda, Cenicero (La Rioja) and Igualada (Barcelona).
Precisely, the company is in the process to expand its production center of Onda. After beginning the works last year, Grupo la Plana is currently duplicating its plant in the Colomer polygon of that town. With this, the factory will add 30,000 square meters that will allow it to increase by 50% the productive capacity of the group in the province, given that the Betxí plant has the same manufacturing space. This will mean an investment of almost 30 million euros to materialize a new plant that intends to have available next spring.

Diversification
With the extension of Onda, Cartonajes la Plana will be able to continue supplying in the best way the tile industry, its main client. But it´s not the only one. The crisis unleashed in 2008, which especially affected the main industry of the province, meant that the group had to diversify its client base, betting on the agricultural sector, and within it the wine industry, as well as other industrial sectors.
From its four cardboard production plants, the group distributes its products through 13 assembly plants spread across the Iberian Peninsula, which serves the agricultural industry.

We started a new production center in Onda (Castellón) fulfilling satisfactorily the deadlines.
https://www.alimarket.es/envase/noticia/271693/grupo-la-plana-invierte-25-m-en-la-amplliacion-de-su-planta-de-onda
The new facilities allow us to position ourselves as the most prepared business group in the market, thanks to our commitment to innovation, sustainability, the latest technological advances and digital printing. We offer the maximum customization to achieve experiential packaging that adds value to the product.

The Conseller of Sustainable Economy, Productive Sectors, Trade and Labor, Rafael Climent, on his first visit to companies in the industrial sector of Valencia travelled to Betxí to know the activity of Cartonajes la Plana,

END_OF_DOCUMENT_TOKEN_TO_BE_REPLACED

Our team is committed to the continuous improvement of Quality, Environment, Food Safety and Chain of Custody Management systems.

Find out more or adjust your settings.

This website uses cookies so that we can provide you with the best user experience possible. Cookie information is stored in your browser and performs functions such as recognising you when you return to our website and helping our team to understand which sections of the website you find most interesting and useful.

Strictly Necessary Cookie should be enabled at all times so that we can save your preferences for cookie settings.

If you disable this cookie, we will not be able to save your preferences. This means that every time you visit this website you will need to enable or disable cookies again.

This website uses Google Analytics to collect anonymous information such as the number of visitors to the site, and the most popular pages.

Please enable Strictly Necessary Cookies first so that we can save your preferences!